Signature of the Icare lithograph (100 signed numbered copies, 104x76 cm format, 300 gr paper, hand-cut, 2 colors, registered at the BNF) in the incredible Idem workshop. The workshop located at 49 rue du Montparnasse was built in 1881 by the printer Emile Dufrénoy to install his lithographic presses. The ground floor of the workshop houses under a large glass roof a double row of Voirin and Marinoni presses called flat machines designed in the 19th century, then operated by a system of pulleys and belts driven by a transmission shaft. A gas-fired steam boiler provided the necessary energy. In 1976 Fernand Mourlot moved there. Fernand Mourlot (1895-1988) was with his brothers the architect of the revival of art lithography in Paris between the two wars by working successively with Matisse, Picasso, Miro, Dubuffet, Braque, Chagall, Giacometti, Léger, Cocteau , Calder and many other masters of 20th century painting. The studio on rue du Montparnasse is the last he occupied and where the lithographic presses which have printed all the masterpieces of modern lithography are located. Today the studio is called Idem, but nothing has changed, the work done for the production of lithography is unique. 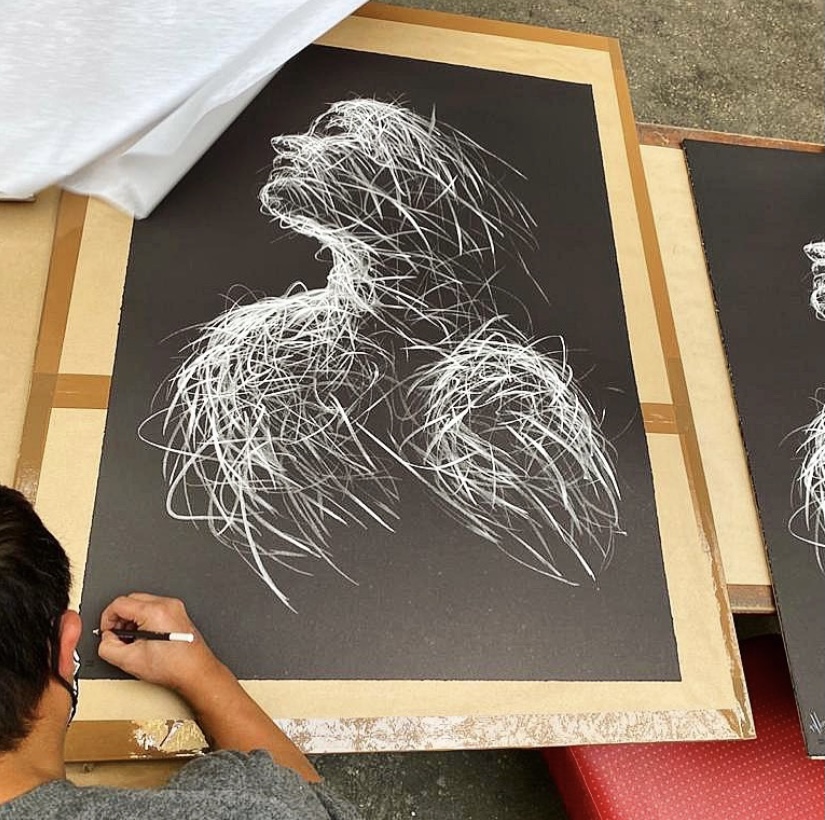